Get fresh music recommendations delivered to your inbox every Friday.
We've updated our Terms of Use. You can review the changes here.

by Creature of Doom 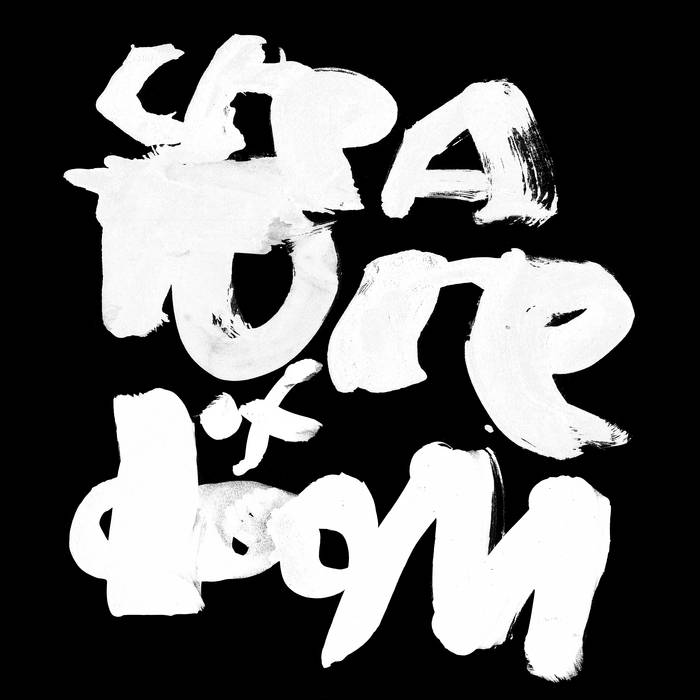 drosophila71 Some Other World is just the right kind of icy cool groove...you're driving to this down Mullholland Drive long past midnight on a Saturday night and you wish you were driving a convertible...

On his debut project Tears of Joy, L.A.-based artist Creature of Doom performs a sort of musical alchemy, lending new emotional texture to our most self-sabotaging impulses.

“The idea for Creature of Doom is all about not being able to get out of your own way,” says New York-bred singer/songwriter/multi-instrumentalist David Baldwin, who’s also a member of Brooklyn-bred indie-rock band The Dig. “It’s about being able to laugh at that and celebrate it, instead of just wallowing in it.”

In bringing Tears of Joy to life, Baldwin recorded and produced every track on his own, mining inspiration from artists as eclectic as The Stooges and Frank Sinatra. Mixed by producer/engineer Ali Chant (Perfume Genius, Soccer Mommy, Aldous Harding), the result is strangely exhilarating and endlessly unpredictable form of alt-pop, imbued with equal parts dramatic grandeur and raw emotional honesty.

On the EP-opening “First Day of Spring,” Tears of Joy provides a potent introduction to the dynamic that defines Creature of Doom, merging its galvanizing rhythms with Baldwin’s chameleonic vocal work and untethered melodies. “With this project I wanted to focus everything around the bass and drums—to structure the songs so that the rhythms stay constant, and the music around them unfolds in different ways,” Baldwin notes.

Throughout Tears of Joy, Baldwin embeds his songs with so many mesmerizing details, such as the eerie interplay between growling basslines and tender piano tones on “Elephant in the Room” (a track he conceptualized as “a funk band playing in a dungeon”) and the gloriously unhinged outro to “Some Other World.” “I recorded all these songs in a garage in Montecito Heights, mostly late at night,” says Baldwin in reflecting on the latter. “There was a family of coyotes always howling outside, and I tried to recreate that sound over the end of ‘Some Other World.’” A work of subtle complexity, Tears of Joy closes out with its most starkly arranged track: “After You’re Gone,” a delicate meditation on what Baldwin describes as “reconnecting with your younger self, and allowing that part of you to still exist instead of succumbing to some outside pressure to push it down.”

Creature of Doom takes its name from a song Baldwin wrote following the demise of a long-term relationship. “For six months afterward I felt like I had this strange black aura around me, where I couldn’t seem to get out of my own way,” he says. “I went out to a bar by myself one night, as you do after a breakup, and out on the back patio a cockroach flew at me from across the room and crawled down my shirt. It felt like I’d been targeted by some dark force of nature.”

In a testament to Baldwin’s ingenuity as a songwriter, Tears of Joy channels that darkness into songs offering moments of solace and catharsis and—maybe most essentially—a welcome escape from the frenzy of your own mind. For Baldwin, that transportive effect is closely tied to the experience of immersing himself in an entirely solitary creative process. “In a way it’s a lot more challenging to not have other people to bounce ideas off, but there’s also something so rewarding about getting into your own headspace and just following those ideas wherever they end up going,” he says. “I’d love for this EP to be something for people to put on late at night, and get pulled into the world of the record from start to finish.”

All songs written, performed and produced by David Baldwin
Additional guitars and synths by Erick Eiser
Strings on Elephant in the Room and After You're Gone by Emile Mosseri
Additional recording at Melrose recording room
Mixed by Ali Chant
Cover art by Jesse Draxler
Mastered by Greg Obis at Chicago Mastering Service

getting trampled by the elephant in the room